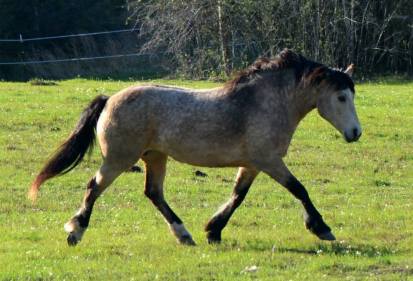 *Fairyhill Queen is a 2000 purebred Connemara mare by Fairyhill Hawk out of Kingstown Fairy by Village Boy. She came to us from Windy Isles Connemaras in January 2014 and was an immediate farm favorite. Queen is the epitome of a Connemara pony. Bold, careful, rugged, and tough, she cares for her riders and always has their back. She is willing, clever, ready to go forward, happy to come back, and is without a doubt the farm favorite for pond play. She happily retrieves the mail, gallops in the neighbor’s fields, jumps whatever is placed in front of her, quietly crosses roads, goes through ditches, is safe in traffic, and does everything asked of her with a cheerful disposition. And just to keep the kids on their toes, she occasionally decides to play keep-a-way in the field. In June of 2015, Queen had a filly foal by *Glenormiston Cuchulainn, Blackwing Killer Queen aka Elsa. Elsa is all we could have asked for and more. We are thrilled and can’t wait to see what Elsa produces in the future with our two boys. In June of 2017, Queen had a colt foal by Blue Rock Fintan, Blackwing The Lightning Thief, named for the fact that he was born in the middle of a tropical storm. Blackwing The Lightning Thief aka Grover is a fabulous colt. Queen, once again, outdid herself. 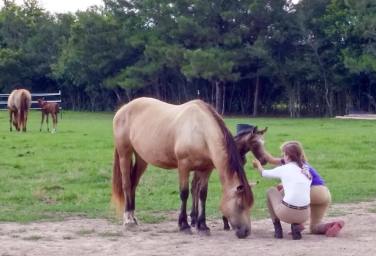 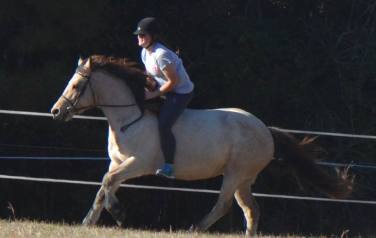 Sydney and Queen galloping up the hillside 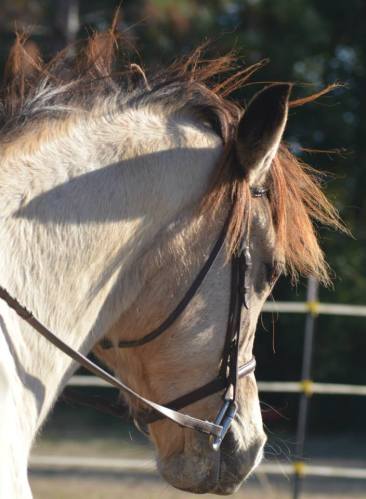 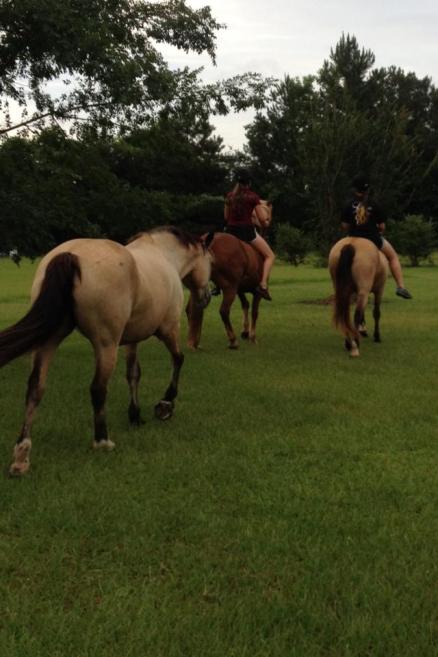 Queen along for the trailride even if she doesn’t have a rider. 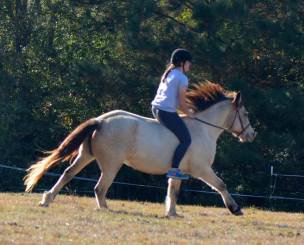 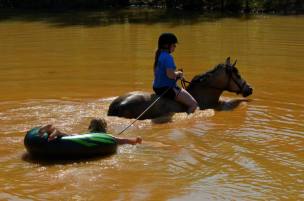 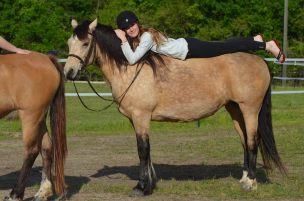 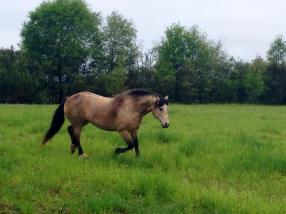 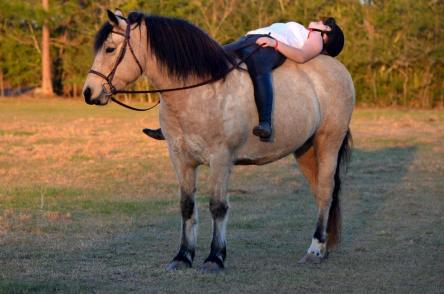 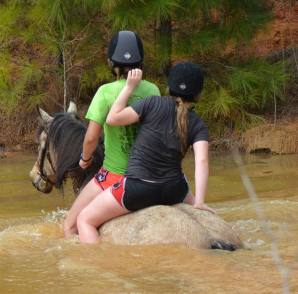 Kaelin and Gabrielle on Queen in the pond 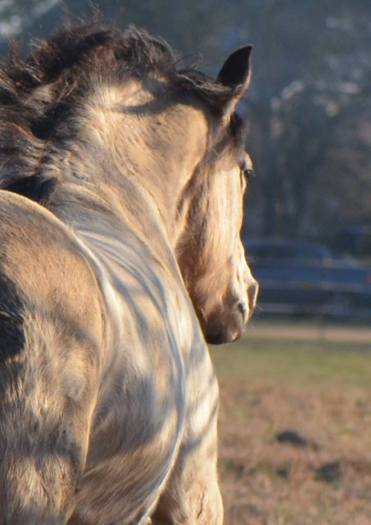 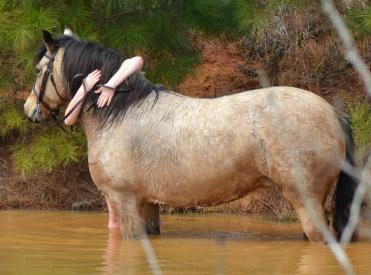 Kae and Queen in the pond 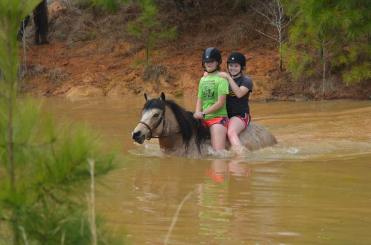 Gabrielle and Kae on Queen in the pond 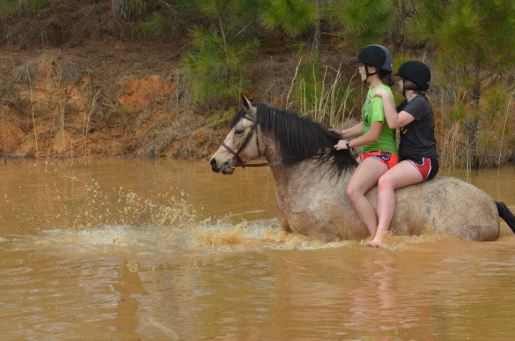 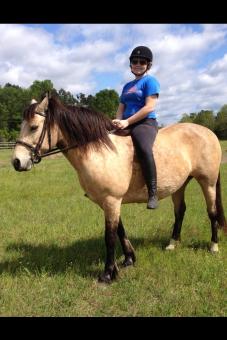 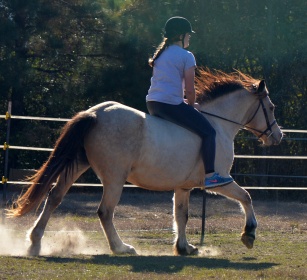 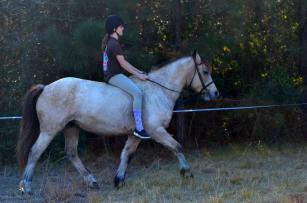 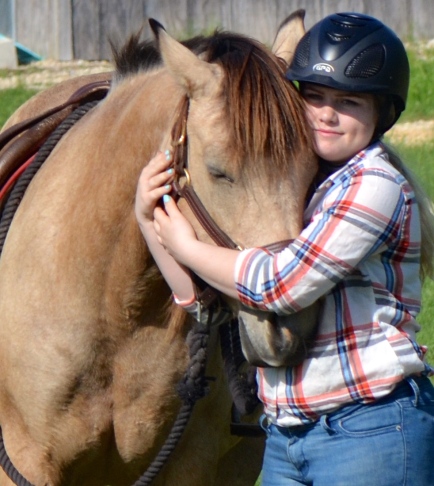 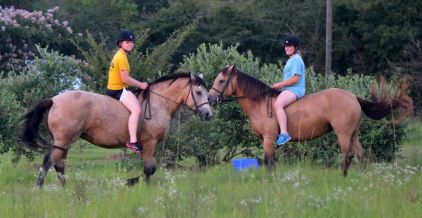 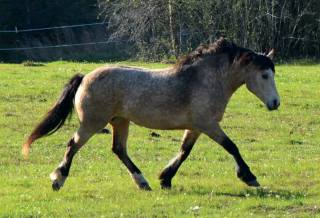