Dream is a 1999 daughter of Aran Milano (AUS) out of *Glenormiston Roscrea (Oxenholm Gideon X Millfields Seaspray by Millfields Commodore). She was imported in utero by Mary Prewitt of Wildwych Connemaras. At Wildwych, Dreamtime produced seven foals by imported stallion, *Glenormiston Flurry Knox and one foal by Wildwych Wily Casanova. Since moving to Blackwing, she’s produced one colt foal by Wildwych Thunder Snow, Blackwing Holden’s Thunder, a filly foal by Wildwych Wily Casanova, Blackwing Cajun Lullaby, and three foals  by Blue Rock Fintan, Blackwing Goodnight Moon, Blackwing Bonne Nuit, and Blackwing Hocus Pocus. Dreamtime’s foals are athletic, well balanced, good movers with excellent minds and willing attitudes. They are more driven than most and look for a job from a young age. Dreamtime herself is a fabulous athlete who, though she hadn’t been ridden since she was a young pony, readily took to being hacked around the farm by an assortment of riders of varying skill levels. She then spent one winter at a hunter/jumper playing pony jumper. She and Gabrielle had a blast and jumped up to 1.2m. Dreamtime has a fabulous jump, three very good gaits, and a forward thinking mind. She’s also a sweet pony who gets along with various pasture mates, both big and small. She is a lovely mare and we are very fortunate for the chance to have her.

Pond play with Dreamtime and Queen 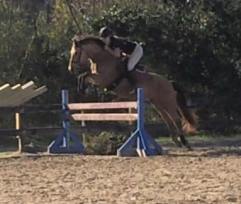 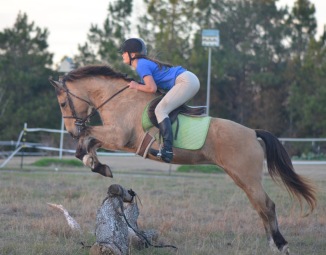 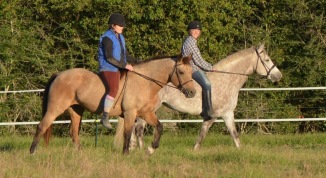 Syd on Dream and Alex on Queen 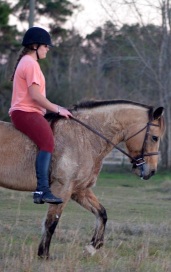